from Souls and Ghosts by Jim Frankenstein 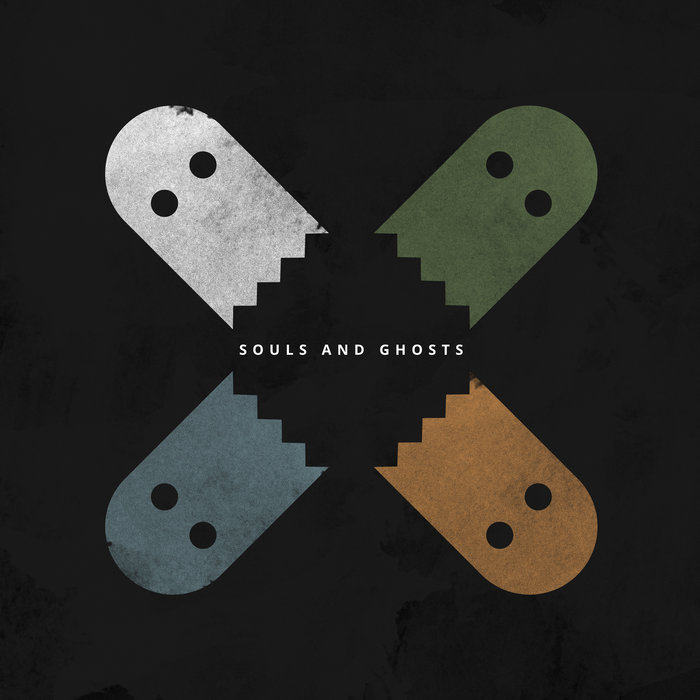 Here I go again, I’m falling down this rabbit hole.
Disoriented and spinning round and round as I look back on this
time I spent listening to a suit of man
with money on his mind and a book in his hand.
The fiction sold me the skeleton kingdom
of a slick man among thieves
telling me that everything will be okay if I believe
that Jesus Christ is looking down on me.

Now, I am a liar and I’m jaded, and I hate it.
And I really, truly want to believe that there is a savior,
but there’s probably not.

Into the void with the ghouls and the dragons, absurdity certainly mellows.
The deeper in the dark that I wandered the clearer the vision became to me —
that evolution is blind and deaf.
Our purpose isn’t something that’s revealed; it’s a ghost that haunts the cosmos,
determined only by the will to seize the grandiose.
And I will write my future for myself.
Ghosts are what we call the things we leave behind, and I left everything.

Now I am broken, but I’ll be okay
as long as this world keeps spinning round and round.
The Earth, the stars, and the hope in between are everything
And I’m just human.

“Soul” is an imaginary word.
It’s just a condescending term
for the billions of years of chaos
where consciousness was forged.
But time is just a trick of space,
and you — you’re imaginary, too.
So don’t waste a single second
thinking that you’ll live forever.

We don’t need a destiny,
an afterlife, or eternity.
Ashes to ashes, we will be
until we will ourselves to life.
And as the prophet said,
"How strange it is to be anything at all!"

We are nothing, but we’ll overcome Oblivion
as long as this world’s spinning ‘round.
The Earth, the stars, and the hope in between are everything,
and we are human.

Sure, we’re made of water and we’re made of dirt,
but we came from the stars, and one day we’ll go back there.
And we’ll make up songs that answer all of our questions
and sing them in octaves no one’s ever dreamed of.

from Souls and Ghosts, track released October 31, 2016
Written and recorded in Minneapolis by Brian Reed
Mixed and Mastered by Ryan Main

"Irreverent yet poignant, the experimental indie Ghostbustery of Jim Frankenstein evokes a malty, existential angst with the bourbon oak undertones of a bassy pasquinade. Jim is truly the soul of an old man who died asking 'why?'" -Stone McSullen

Bandcamp Daily  your guide to the world of Bandcamp

Featured sounds by K.Spark and WIZDUMB, plus Basi joins the show to discuss his latest release.